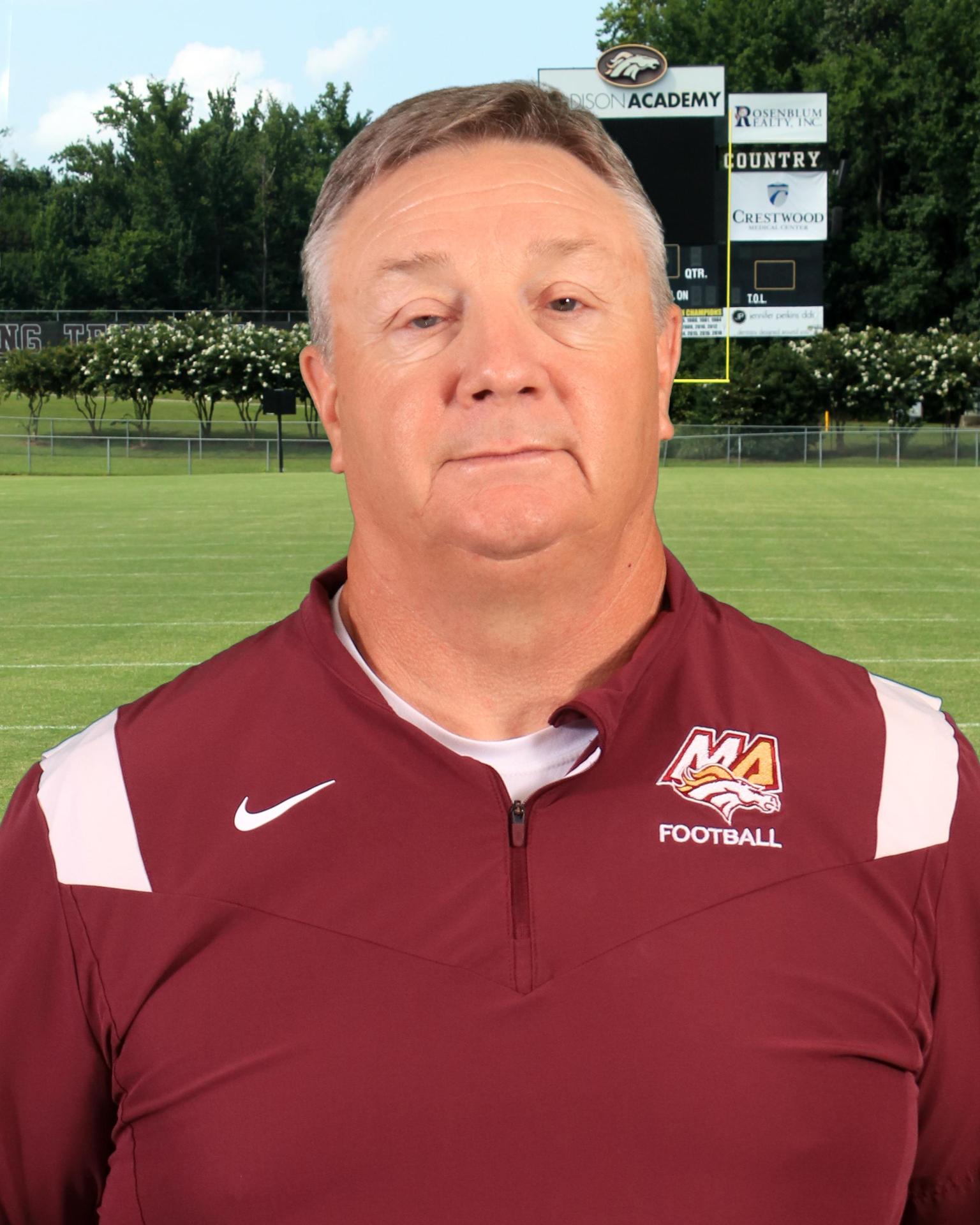 Head coach at Madison Academy since 2019.
Coaching since 1990.
As head coach, Godsey has consistently led the Mustangs to postseason play.
While he was head coach at Hartselle High School, his teams accomplished 14 playoff appearances, 5 region titles, multiple quarter-final and semi-final appearances, and a State Championship in 2011.
Coach Godsey's accolades include multiple Coach of the Year awards, and his overall record coming into this season is 210-76, placing him among the state's elite in career wins.

Favorite Bible Verse: “Those who work hard will succeed.” - Proverbs 13:4 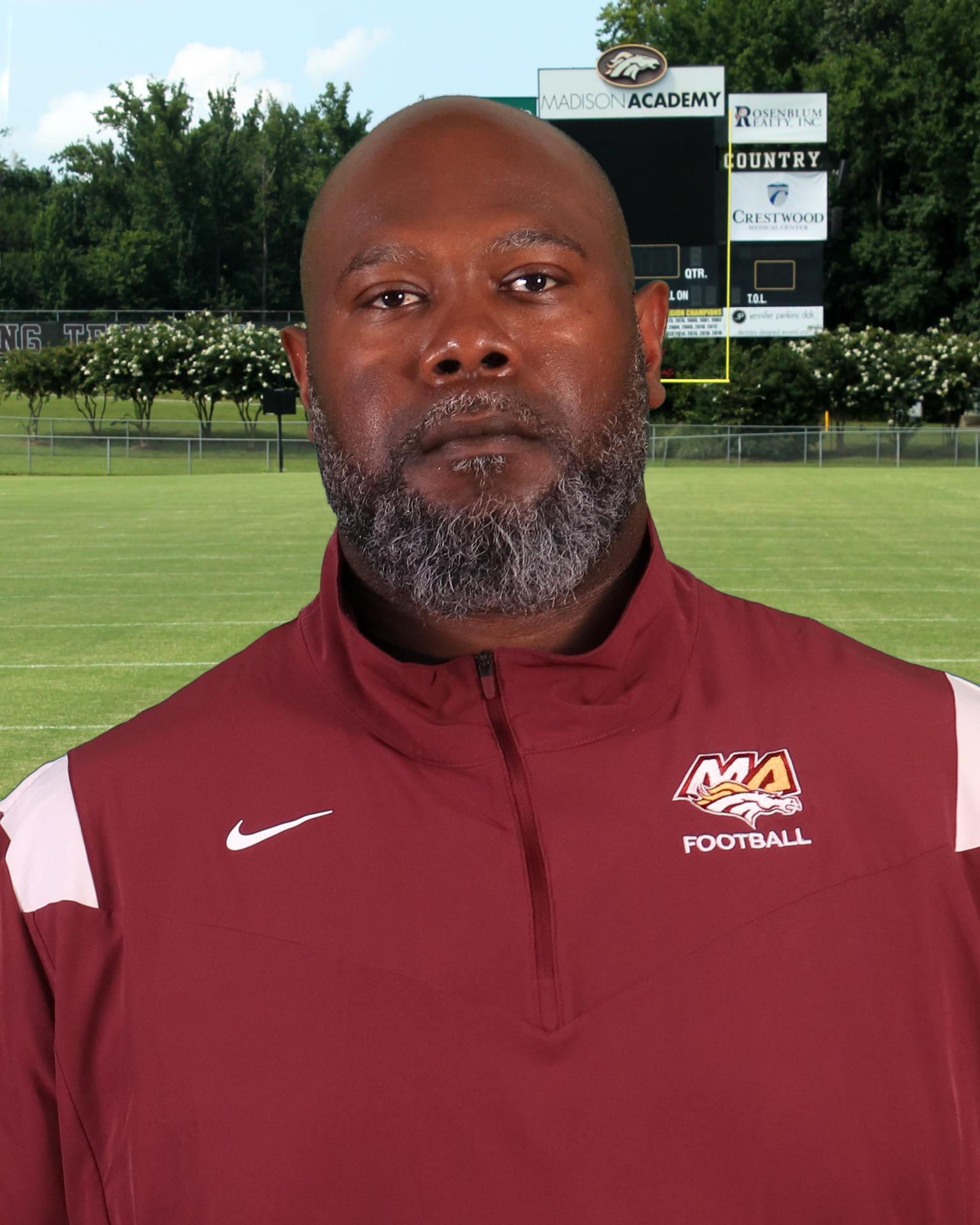 Entering his 6th year coaching.
Coach Rogers is entering his 2nd year with the Mustangs.
Coach Rogers was a graduate of Alabama A&M University where he played offensive line for the Bulldogs as a four-year starter.
Coach Rogers was inducted into the Alabama A&M University Athletic Hall of Fame in 2019.
Following his college career, he played four years in the NFL with the Philadelphia Eagles and Arizona Cardinals. Coach Rogers also played one year in the NFL Europe league for the Frankfurt Galaxy, where he earned a World Bowl Championship.
Coach Rogers served as the Offensive Line Coach at Bob Jones HS in 2008 and Ardmore HS in 2009. He also served as the Assistant Head Football Coach at Monrovia Middle from 2015-2018, where they were the 2018 Tennessee Valley Middle School Champions.

Favorite Bible Verse: “He has shown you, O mortal, what is good. And what does the Lord require of you? To act justly and love mercy and to walk humbly with your God.” - Micah 6:8 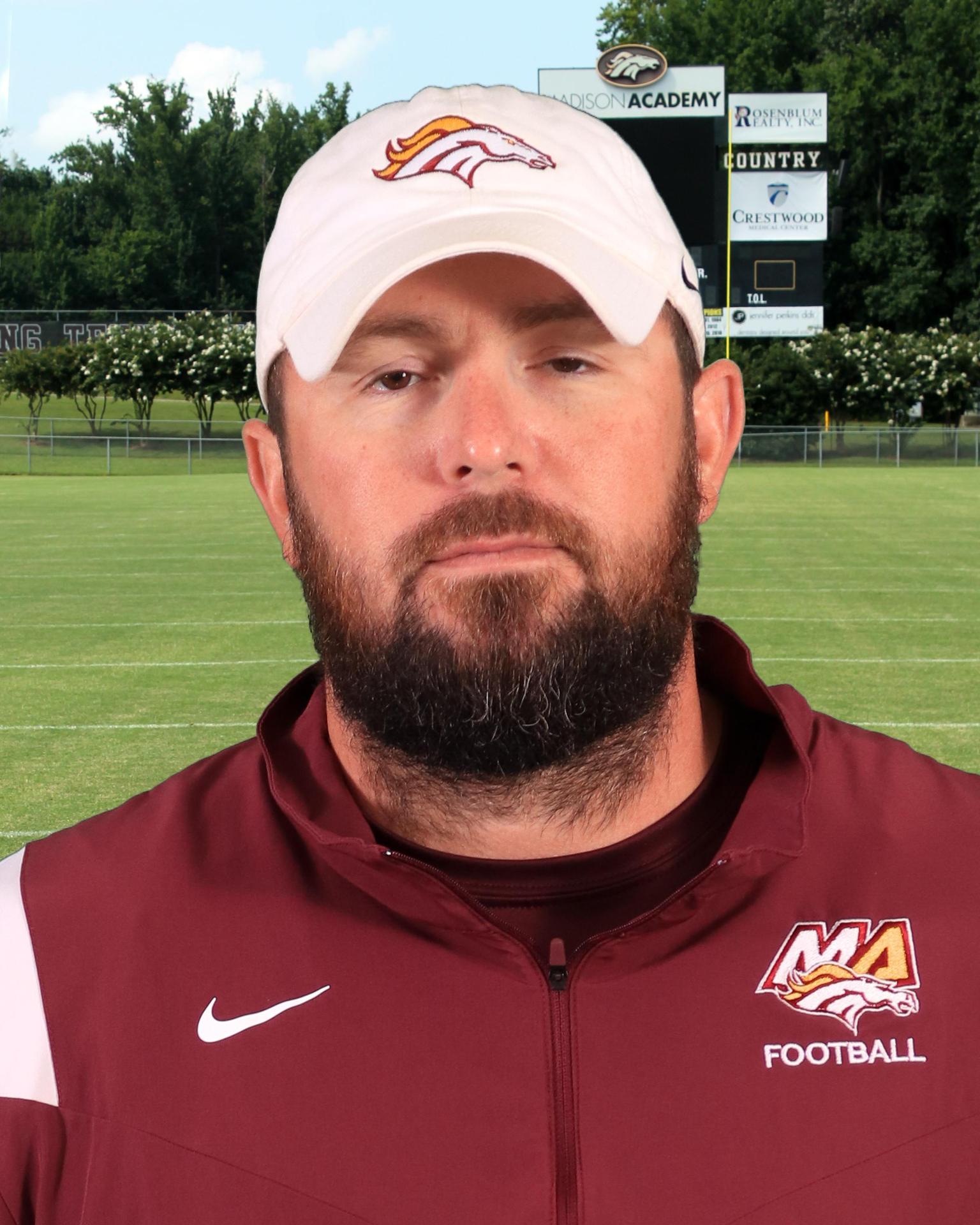 Coach Hill is entering his 3rd season as a Mustang wide receiver coach.

Coach Hill is a graduate of Faulkner University, where he played TE, DE, and WR for the Eagles.

Coach Hill was the Head JV Coach and Wide Receiver Coach at Bob Jones High School in 2012 where they were Region Champs and made the playoffs.

From 2013-2017, Coach Hill was the Wide Receivers Coach and Passing Game Coordinator at James Clemens, where they made three playoff appearances.

In 2018, Coach Hill moved to Madison County High School where he was the Wide Receivers Coach and assistant to the Offensive Coordinator.

Favorite Bible Verse: “But those who hope in the Lord will renew their strength. They will soar on wings like Eagles; they will run and not grow weary; they will walk and not be faint.” - Isaiah 40:31 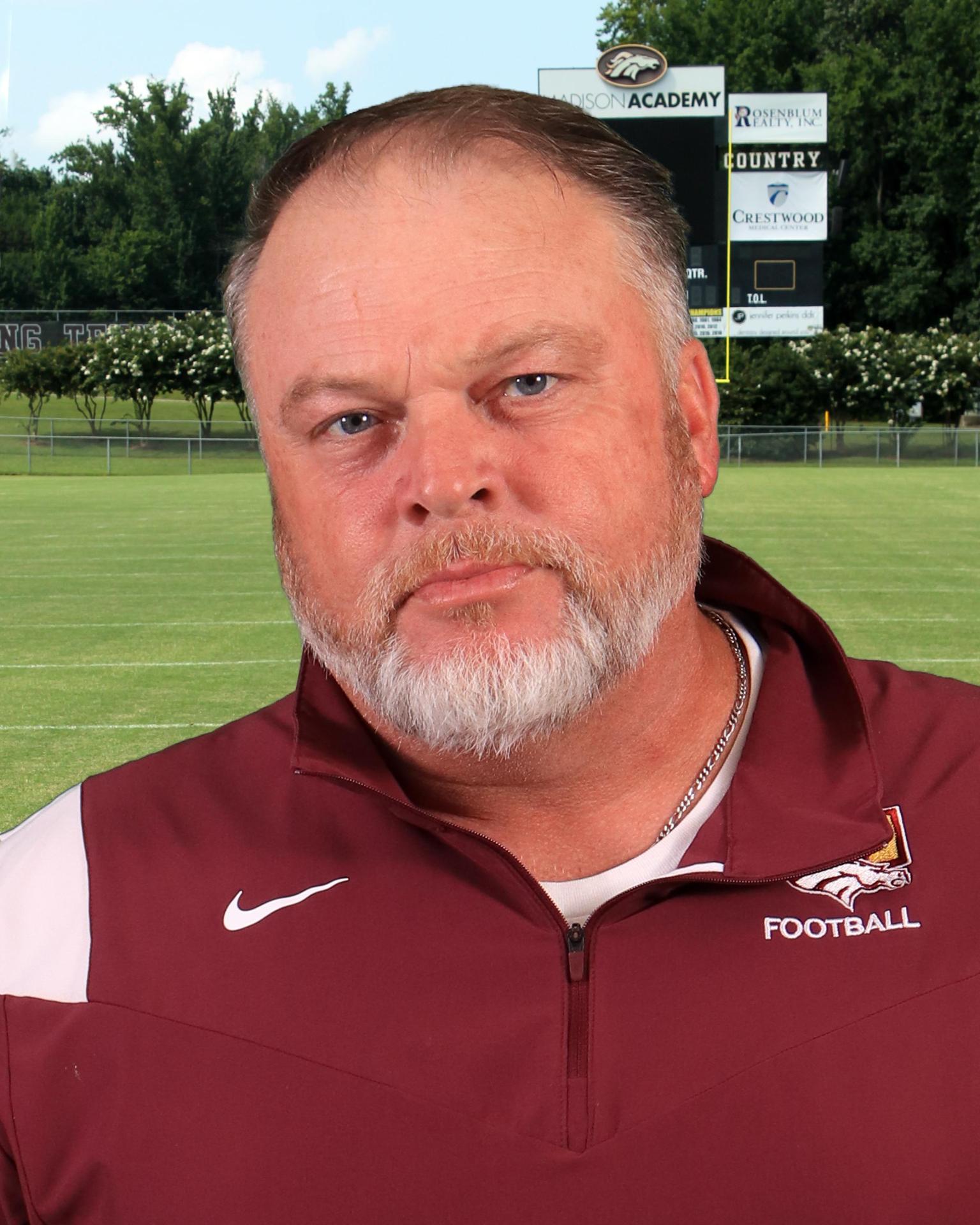 Coach Styles is entering his 3rd season with the Mustangs.

He comes to the Mustangs from Bob Jones where he was the O-Line and Strength and Conditioning Coach for 5 years.

Coach Styles also served as the Head Coach at Brewer High School for 3 years, 7 years at Hartselle, and 4 years at Sparkman.

Favorite Bible Verse: “For I am convinced that neither death nor life, neither angels nor demons, neither the present nor the future, nor any powers, neither height nor depth, nor anything else in creation, will be able to separate us from the love of God that is Jesus Christ our Lord.” - Romans 8:38-39