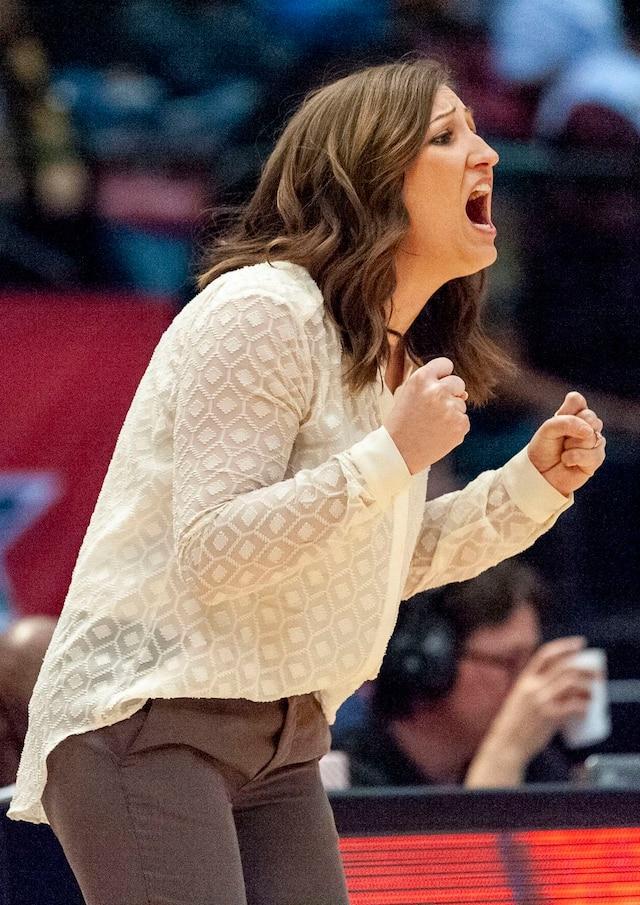 Coach Hargett is a graduate of Madison Academy and played under the former head coach and now principal, Brian Privett. She earned All-Region honors and helped lead the Mustangs to their first State Tournament appearance her senior year in 2009.

She then played for three seasons at Faulkner (Ala.) University before transitioning into the role of student assistant in her senior year. She served as team captain for the 2010-2011 season and helped the Eagles earn their first bid to the National Tournament and an NAIA Sweet 16 appearance in 2013. She was an NAIA Scholar-Athlete and was named to the All-Academic SSAC Team each season.

Upon graduating, she became the the assistant head coach of the women’s basketball program at Freed-Hardeman University. During her three years there, the Lady Lions posted records of 36-2, 28-7, and 35-1, with NAIA-D1vNational Tournament appearances in the Final Four, Sweet Sixteen, and Elite Eight. She returned home two years ago, and began her teaching and coaching career back where it all started for her. In her first year, she finally accomplished her State Championship. The Lady Mustangs took the 4A State Title, defeating Deshler for the second year in a row. Last year, she took the Lady Mustangs to the 5A State Title game but fell short to Central Tuscaloosa by 3 to become the State Runner Up.